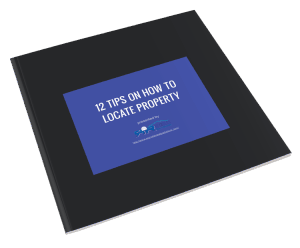 Supply and demand for multi-family housing is impacted by many factors.  For example, job growth has remained steady across California at a 2% growth rate since 2012, after the recovery from the big real estate dip between 2006 and 2011, with the all time low of -8% in 2009.  The unemployment rate also remains very low throughout the United States at 3.8%.  Locally in Southern California, we have experienced a rise and fall in the populations of cities and counties.  The cities realizing a reduction in population have been affected by numerous factors, which includes cost of living.  Housing affordability has a large impact on the population and where individuals and families choose to live.  With the rise of multi-family and single-family rental rates and purchase prices, many are moving to secondary areas where they can afford to rent and/or own a home and commute and/or telecommute to work.

Southern California — and the nation as a whole — is experiencing the biggest apartment construction boom in a quarter century.  In the last 34 months alone, new apartments have been springing up from San Clemente to Sylmar, from Murrieta to Marina del Rey.  More than 37,000 new apartments have been built in these regions since the start of 2015, according to data from commercial real estate tracker CoStar show.  Currently, more than 36,000 more are under construction.

The majority of the 2.5M multi-family apartment units are under rent control: with 65% under statewide rent control, 25.1% under local rent control ordinance, and only the balance of 9.9% not under any type of rent control.  Rental rate growth throughout the United States remained strong and constant from 2010 forward, after the recovery from the fall out in 2009.  The average rent increase ranged from 2% to 4.1% nationwide between 2010 through 2019.

With absorption rates high and price indexes remaining very strong, we can expect to see cap rates remaining low throughout Southern California in 2020 and 2021.  Projections indicate we will realize a correction in the real estate marketing within the next couple of years and will continue to see a strong influx of investors within the United States and internationally.